We're Here For You! 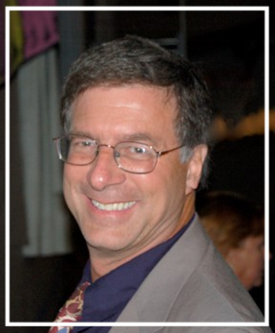 Doug R. Curtis is known to the music industry as the founder of Curtis Electromusic Specialties where he developed a family of signal-processing products for electronic music synthesizers and audio equipment.

Doug began building radios, clocks and anything else involving electricity as a boy of nine. By high school in Rome, his hobby was refined to a focus on sound and music. He struck up a friendship with the avant-garde musicians in Musica Electronica Viva who welcomed his ability to provide technical assistance with their mysterious Moog synthesizers.   During high school, he designed and built a guitar synthesizer as well as several console synthesizers.

In the next four years at Northwestern University, Doug expressed his wide- ranging interests by considering majors in physics and music and his ultimate major, radio-TV-film. At Northwestern he befriended a physics professor at the formidable Tech Institute and obtained a key to the subterranean labs where he perfected several more generations of synthesizers. Upon graduation, he took a job as a junior engineer qualified only by showing circuit boards of his invention.

Shortly after college, a competition touting the ease of designing semi-custom chips brought Doug face to face with the technology with which he would shape his future.  The prize to the winner, 100 manufactured chips of the original design, lured Doug to enter the competition in hopes of reducing the footprint of his latest synthesizer.  He won, and in the process was offered a job at Interdesign, the sponsoring semi-custom chip company in California.  During his four years at Interdesign, he contributed significantly to their product offering.

Doug met his future wife, Mary, at Northwestern and together they began a life filled with friendship, and love.  Doug was a most devoted father to his daughters taking delight in sharing their discovery of life through travels, sports, music, theater, hikes and thoughtful conversation. Doug’s gentle nature and thoughtful listening were an emotional anchor for the family.

Thoughtful listening was a hallmark of his approach to product development at Curtis Electromusic.  When considering a new product, he most often asked his customers, the manufacturers, what new sounds and capabilities the musician would like to achieve.  He enjoyed collaborating with his customers to develop products that enabled product differentiation that they envisioned.  All the while, he kept his focus firmly on the ultimate customer; the musician.

Founding and operating Curtis Electromusic Specialties truly allowed Doug to live his passion for music and his fascination with how it is produced. His perfectionism and passion for “doing it right” were legendary among friends and family. His tireless innovation produced the signal processing integrated circuits that were heard for two decades in analog synthesizers used in all popular music. He holds three patents for various elements of his signal processing methodology, and was inducted into the San Jose Rocks Hall of Fame for technical contributions to music in 2006.

When the advent of digital technology and software changed the electronic music industry, Doug broadened his focus beyond synthesizers forming OnChip Systems. Several more patents in his name are assigned for chips designed into various commercial products.

Although he lost his battle with cancer in early 2007, Doug has left the world of music a legacy of innovation and creation worthy of celebration.